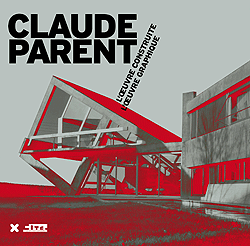 This monograph dedicated to Claude Parent, known as the architect of the oblique function, is published in conjunction with the exhibition at the Cité de l’architecture & du patrimoine. It traces the course of fifty years of innovation, infused with the concepts Parent developed during his incessant research work. Comprising a rich iconography, essays, project analyses (some hitherto unpublished) and excerpts form articles published over the period enable the reader to better apprehend the opus of an architect of outstanding creativity... 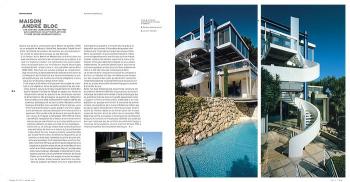 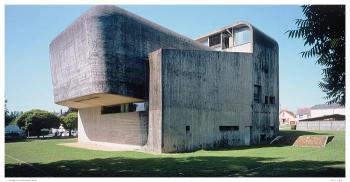 Since founding his firm in 1956, Claude Parent has tirelessly challenged preconceived notions. One who has genuinely worked to block circular thinking, he sought to redefine our living spaces by constructing disruptive buildings composed of inclined floors and walls. Parent is the architect of the function oblique, a theory he developed with Paul Virilio in 1963 and whose potentialities he has skillfully explored throughout his career. But he also designed countless utopian visions whose recurring themes (movement, unfolding and spiral) are manifested in his built works. As his deliberately provocative writings attest, Parent does not shy away from polemics, sharply denouncing the prevailing conformism and failed urban policies.

Punctuated by ruptures and unforeseen developments, his work as a whole reflects the mutations the French and international architectural scene have undergone since the early 1950s. It suffices to recall a few of his projects to be convinced of the radicality and coherence of his expansive thinking on art and architecture: the experimental houses designed with Ionel Schein (1952-1955), his collaboration with André Bloc and the artists of the Espace group at the beginning of the “Trente glorieuses” (France’s 30-year economic boom), the André Bloc House (1959-1962), the Iran House (1960-1968), the Drusch House (1963), the bunker-churchSainte-Bernadette du Banlay(1963-1966) conceived with Paul Virilio, the raw concrete supermarkets, the urban interventions and cultural actions from 1970 to 1973, his work on inserting nuclear power plants into the landscape for EDF, the public commissions for the National Education system and the French Pavilion at the Venice Biennale (1970).